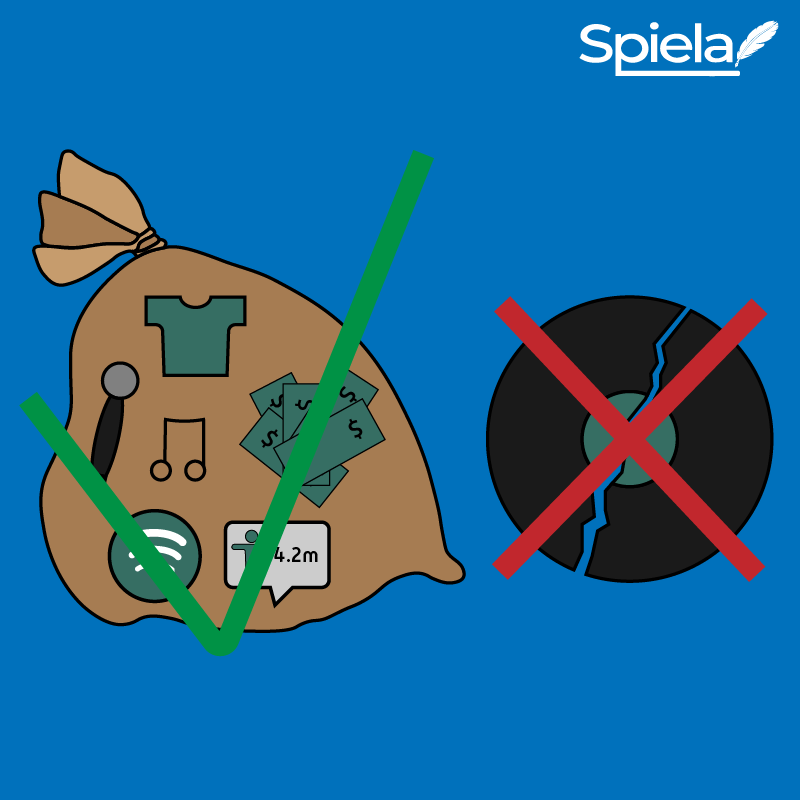 The Real Story Behind Artists and Their Masters

The Real Story Behind Artists and Their Masters.

As we near the end of another year, everyone is either posting their 2021 Spotify wrapped on every social media available like every other sheep out there, bringing it up at any and every conversation. Or, dodging the discussion completely because they are embarrassed because Olivia Rodrigo’s ‘Driver’s License’ and ‘Good 4 You’ is their guilty pleasure number 1 and 2 spots for most played songs in the entire year. And I am NOT talking about myself for reference.

With over 8 million artists producing endless music for those commutes home, individual dance parties, shower concerts, pre-drinking playlists, background noise and more. We are spoilt for choice when we open the app up.

With this being said, anyone would think that these artists who create these amazing hits, that we attach so much of our lives to, would be owned by themselves. Right?

Well, in most cases that is completely wrong. The real facts explain that most artists don’t own their own ‘Masters’ (underlying rights to music).

When artists become a part of a record label, a lot of the time they start their partnership by buying the artists future work. This gives the label full control over the artist and means they can give them a smaller percentage royalty fee. As cruel as it might sound, it’s a smart move on the label’s half. Taking on brand new artists with no history can be a bad move if they don’t end up becoming a big hit in the industry.

It also comes down to the desperation the artist has in the order of ‘making it in the music industry. An artist writing off their rights to their music could be their last stop before closing the biggest label deal of their career. It might be the best decision for them at the time. In a way, both the label and artist make a sacrifice working together.

As well as this, there’s always the possibility that the artist has no interest in owning their masters or had no idea that musicians could. So many record labels use this deal, that the artist may assume that it’s the way every label automatically works.

Now, this all works and is a marginally friendly situation in the beginning. But when an artists career starts to become bigger and more complicated, that’s when this deal can become malicious.

Let’s say a musician has taken the time to build their profession, releasing albums, performing on tours, and starring in interviews. They decide they want to change their style, but the label doesn’t feel it’s the right move. In that instance, it would be normal and completely understandable to switch to a label that will take accept the change.

Artists have asked to buy their masters in these situations and have either been told no, they have been sold to someone else, or they are forced to create another deal suggesting they must create more music for them to get their old music. Imagine your work, that you’ve spent decades building up, to be ripped from you instantly.

Famous examples of musicians that were in this situation are Prince, The Beatles, Kesha, Iggy Azalea, and Taylor Swift. Taylor Swift’s label and musician relationship went wrong are one of the biggest and most recent of cases.

Back in 2019, Taylor Swift was awarded artist of the decade by the AMA Awards. Pre-award show she had discussed the idea of playing a medley of her songs throughout the years as a thank you for the award. However, the CEO of Big Machine Records at the time (Scott Borchetta) and Record executive (Scooter Braun) made several oppositional decisions over-throwing Taylor’s wishes.

They said she couldn’t perform her older songs as it would act as a re-recording of her music. They also previously stopped Swift from using old clips of her performances in her Netflix documentary- ‘Miss Americana’.

As a response to this, Taylor Swift asked if she could buy her masters, to stop any more problems from happening and because it was always a dream of hers to own her work. As a result of this question, Scott Borchetta sold Swift's masters (6 albums) and Big Machine Records to Braun in a $300 million deal.

With massive debates over several social media platforms and trying to find loopholes to get her music back. Taylor Swift gave up on trying to get her 6 albums back. She also switched labels and moved to the Universal Music Group.

Since the COVID-19 out-break Swift has spent her time re-recording her 6 albums as well as songs that weren’t originally allowed on the album and she has been slowly releasing them out into the world again. With a noticeable difference of ‘Taylor’s Version’ in brackets next to every song, the re-released versions are officially owned by Swift.

In November 2021 she released her 2nd album ‘RED’ from 2012 and even released a short film (All Too Well: The Short Time) to go with it. More specifically she created a project out of her re-released 15-minute version of the song ‘All Too Well’. A project that she directed and wrote herself. In November she held a premiere in New York with the two actors- Dylan O’Brien and Sadie Sink who were involved.

Her re-release topped the billboard charts in several countries and has become more successful than the original release. Guinness World Records awarded the song with the success of being the longest song to make it onto ‘Billboard’s Hot 100’.

Swift has shown the pure passion behind an artist’s work and instead of battling with businessmen, has done what she does best and made music. She has made her own rules and comes up with her solution. She can only be applauded for overcoming such a frustrating situation that could have ruined her music career. Since 2019 she has even managed to win the ‘Album of the Year’ Grammy early in 2021.