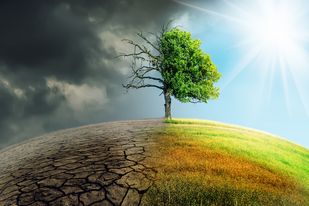 Is automation a real threat to human consciousness: A Human way of th

Is automation a real threat to human consciousness:  A Human way of thinking?

Automation has become the latest concept thrown around, owing mainly due to its meteoric rise, recently witnessed during the pandemic.  It provided the perfect excuse, as a response to the lockdown measures.  Large conglomerates could afford to upscale their businesses to maintain service demands and cover the shortfall of staff.

The emergence of automation has been in transition for some time with the latest predictions speculating 38% of U.S. jobs could be lost within the next fifteen years.  This foresight offers little scope of sanctuary for the rest of society; yet the latest increment is just the onstart of which progress does not appear to be slowing down any time soon, in fact to the contrary.

So what will the effects of this dramatic change of labour have on employment and industry?  On paper, it seems automation will have a positive effect on impact in terms of profitability and productivity.  However, for countries such as the U.K. where almost the entirety of its manufacturing is reliant offshore, the predictions show little signs of reducing its threat, to depopulating the infrastructure of the working environment.

Staffless supermarkets, autonomous aerial deliveries, driverless vehicles and Artificial Intelligence Robot dogs represent a whole new era in technology, and shows no limits to the extent of its advancements.   The technology is measured and designed specifically to go beyond the realms of human capacity.    Hindsight predicts, it is likely we can expect to see a robot of some description within most industries in the not too distant future.

One thing is certain: the current enhancements pose a major threat to the dismantling of the workforce and traditional work life, and offers no protection or solutions for the many workers who are set to lose their incomes, as a result.  The future is remarkably dismal for future generations studying towards a career that may never come to fruition.  With minimal pressure or opposition presented, the lack of human interest is attributed to convenience; demarcation of humanity, and our ignorance towards climate change.  The world has just three to four years left to act.  What will be your contribution to reducing the devastation?