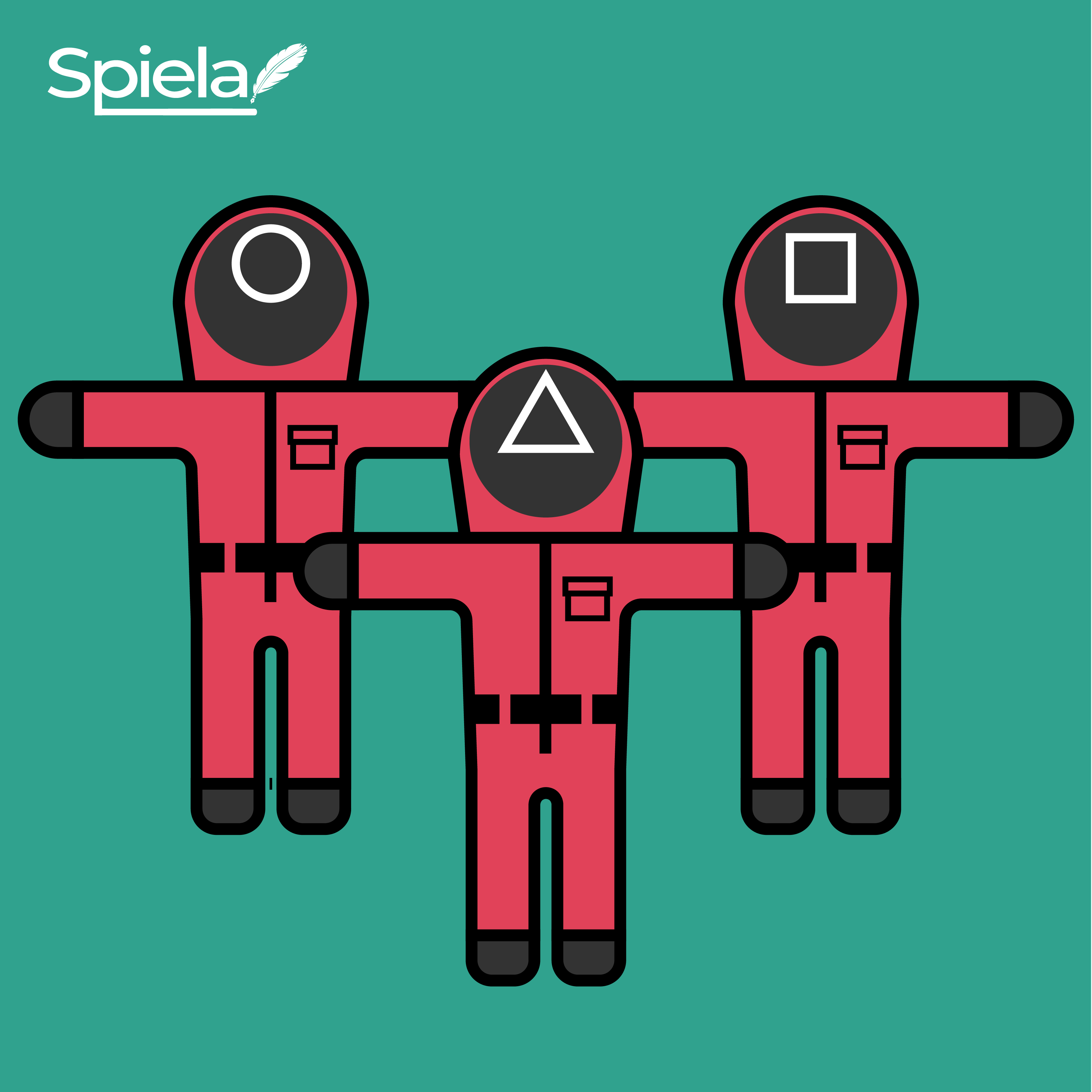 What Squid game teaches us about life

Over the past month everybody has been binging the hit Korean series, Squid game, this series is groundbreaking for a number of reasons, and is undoubtedly Korea's most successful series on Netflix, and is also hands down the most successful Asian series broadcasted on the streaming site, it is also important to add that through the success of Squid game other series of East Asian descent such as Alice in Borderland(JAPANESE) and the like have also risen to the forefront. I for one am glad, perhaps people will stop referring to Asian dramas as 'corny' and actually give them a chance, because I've always been a fan. With that being said let's explore what Squid game teaches us about life.

Squid game is set in modern Seoul, Korea and follows the life of steeped in debt, run of the mill bum  Seong Gi - hun, after a short time of following the woes of his pathetic life he is lured into a sadistic and sick game by a crooked salesman, in this game  he and 455 others have to fight for two things, prize money and their lives. Now I absolutely abhor spoilers so if for some reason you haven't watched it yet do not worry I will make this spoiler free. The question is, what can we really learn from this series?

SURVIVAL OF THE FITTEST:

Asian cinema does a great job of depicting allegory and symbolism, which is why I as a literature and film fan love their cinematography. Now I'm not too sure what was in the directors/writers mind, looking at the series however I noticed  that all the games required two things in order to be successful, brains or brawn(or both), smarts or strength. EYE FOR AN EYE! I feel that this is very much how life works and  this is not a joyful admission, life is this unfair game of kill or be killed, we see this with the way people are mercilessly butchered to death, these games provoke you to use either strength, tact, deviance or just plain heart. Though the vast majority of the players were invited due to their poor financial portfolios and struggles with debt I saw corporate machiavellianism, ruthlessness and just plain wickedness which reminded me of the hustle and bustle of westernised capitalist city life, it is brutal in the world of work(maybe Squid game is a metaphor for the thriving society we live in). Favourites were played, and the games were very much about what you can do, and some of it was to do with who you know and this is very reminiscent of real life.

Another resounding theme throughout the series is this idea of human beings being weak. We have no self control, if we need to survive or we need to achieve both of these things will drive us completely bonkers at the end of the day. We see this with a very surprising betrayal near the end, with the internal conflict that Seong gi hun even has to go through. This teaches us  that humans are generally weak creatures and will do anything to make ends meet, there is even a scene at the very end in which the antagonist plays a game with the distraught Seong Gi-Hun just to affirm how corrupt human beings are.

The System is severely broken:

When you look at the economic dynamic of the series you will understand something so glaring about the world as a systemic entity not  just Korea, in the squid game, 99.9% of all the players were invited because they were steeped in debt, infact most of them were under the misconception that they were invited for the sole reason of paying off a debt, over half of the players were unemployed and decided to continue playing the game with hopes of finally making ends meet. The vibe I got from some of them was ok, 'cool if i win, i get money, if i die life's not worth living anyway so it's really not that deep.' From a orphaned sister who was just trying to provide for her kid brother to a non-native South Asian man trying to establish a life in Seoul it  seemed as if systemically there was too many issues or is this just the way the world is? Rich get richer, poor get poorer, the game was designed to give every one a fair chance of being rich at the expense of their lives, it makes me think was the game both capitalist and socialist, is there a hint of futility no matter what side of the spectrum you lean to? I say this because there was equity yet at the same time there wasn't. There was a fair chance yet at the same time there wasn't. Is this contradiction part of what makes life, life, is this the message the writer was trying to convey? You decide I wont give much away.

There's also this question of why such a game isn't banned or shut down by the law, one gallant law enforcement officer went undercover on his own to try and stop this crooked operation, where was the other officers and why is it that  VIRTUALLY NO ONE KNOWS THAT THERE'S THIS UNDERGROUND OPERATION WHERE THE PEOPLE IN CHARGE OF THE GAME MAKE OTHER HUMANS PLAY SICK CHILD GAMES FOR MONEY? ALSO, TO ADD; WHILST WATCHING THEM! How does no one not know about this? Either South Korea's( gv't as depicted in the series) was complicit or very clueless, I'm inclined to lean with the former notion.

The betrayals were flat out heartbreaking, it seemed as if Seong Gi-hun and a few others were the only decent humans there, even the way Seong Gi - Hun was lured into the game spells trickery, perhaps our hero was a little too gullible, it's probably not the best idea to entertain a weird character outside of a train station talking about 'play a silly game of throwing envelops with me' DOES THIS NOT SCREAM RED FLAGS? Squid game teaches us people are not who they say they are, life is not what it is cracked up to be, and all things must be investigated, ALL THINGS! Seong Gi-hun not being that astute got sucked into the game which damaged him psychologically, on top of that throughout the game much of his innocence damn near cost him his life at times. Trickery is literally everywhere so squid game teaches everyone to be vigilant.