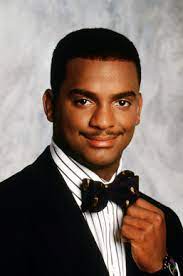 Let's talk about stereotypes, specifically the 'black boy stereotype' or rather 'black boy trope.' Many a times racial profiling, tropes in tv shows and the like has made it seem like the 'black boy' or the black male or female HAS to be a certain way. Amongst even the black community we ourselves think of the 'black boy' a certain way. There is a physique that matches the black boy, an attitude that matches the black boy, there is even a mentality that matches the 'black boy', many a times when these things aren't seen in a black boy's way of carrying himself his 'blackness' so to speak is questioned. I'm sure many 90s kids remember the episode of Fresh Prince when Carlton wasn't allowed in a fraternity because he didn't exemplify their symbol of blackness(ie, the phi - beta - gamma)(I dont know what it means either but it was a symbol of blackness among that brotherhood). He was even referred to as a 'sellout'

To which Carlton's reply was, "You think I'm a sellout, why? Because I live in a big house, or dress a certain way, maybe it's because I like Barry Manilow. Being black isn't what I'm tryna be it's what I am. I'm running the same race and jumping the same hurdles you are, so why are you tripping me up? You said we need to stick together but you don't even know what that means, if you ask me you're the real sellout"

Bold words from the man himself, unfortunately I've found that many black people themselves need to hear these words, with all the struggles we've gone through we shouldn't be putting one another down over slight differences.  To all of my wonderful black brothers and sister if someone does not share your exact taste in music it doesn't make them less  'black.' I've watched many youtube videos in which fellow black people who may have as some would term alternative ways of dressing or talking express their struggles with being different. No, they weren't ashamed of the colour of their skin they were just different and their friends and family for some reason couldn't understand that. What will it take for us to break the curse of division among even our own selves, if the world is against us we shouldn't be against each other, should we?

Human beings in general love to give uniqueness a great lip service but we are not that serious about embracing distinction otherwise racism may not exist  and other forms of discrimination within the black community itself wouldn't exist either. Someone needs to know it's okay if you're not like everyone else you're not meant to be, it's ok if someone isn't like you they aren't meant to be.

The brother who was head of the fraternity was doing what so many of we in the black community are doing, whether Carlton came from a upper-class nuclear family set up or not based on the colour of his skin there are struggles he would go through that his caucasian male counterparts wouldn't, knowing this fact the gentlemen should've stopped looking at what he and Carlton didn't have in common and rather embrace what they did, honestly there are many of us with this mentality, understand, not every fellow brother has the same interests or giftings as you and that doesn't make them less black, we all as black people go through the same struggles at the end of the day, let's be unified and embrace all expressions of blackness even if it doesn't match our own.