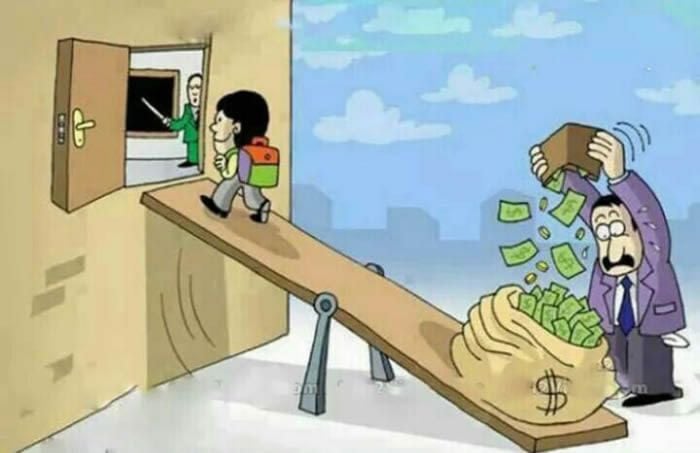 As far as we can remember Black people have been disqualified as human beings.  Authentic representation since then is not only nonexistent, but the measure of portraying the Black reality, as a counterpart to a white majority is false benevolence and pampered generosity.

In the same token, teaching has a dishonorable attribute attached to the job market whereas educating a person is not considered as being "professional" or qualified to those working within the medical or legal fields.  With this in mind, professionalism in the education system is deemed unprofessional due to the high demand for prestige rather than specialized knowledge.  As a result. Black individuals in teaching fields will always be mimes of their past, keeping their existence in the state of subjection, instead of positive progression towards change in a competitive job market.

The current infrastructure is flawed and continues to fail Black teachers who are more likely to leave the industry than their white counterparts.  Current statistics show White British people made up 92.7% of headteachers, and 89.7% of those were either deputy or assistant headteachers and 84.9% classroom teachers, in comparison to 0.1% of classroom teachers who were either Mixed White and Black African within the U.K. – the lowest percentage out of all ethnic groups performing the role.

In addition, to the discouraging statistics for Black representation within the profession there is also a significant lack of Black male teachers in comparison to Black females predominantly within the U.K. and this lack of representation  is evident across all levels within the educational sector, including Senior Leadership and Headship which the data supports, and a study in 2016 accounted for just 39  Black teachers in England.

Owing to the dismal statistics it is apparent the framework is unjust and discriminatory,  in that it does not regard the need for necessary reform to create an equal and fairer system reflective of its diverse society.  At best, the current sector is more divided than it has ever been and is no different to any other industry whereby racism appears to be the prerequisite for a Great Britain.  In the 21st Century, we have seen racism display its ugly head during the Covid pandemic whereby Black people, have been unfairly targeted and devalued; within the workforce Black employees are the lowest paid and underrepresented, and more recently the sporting industry has consistently made headlines as English fans  disgraced themselves repeatedly by racially abusing players when they either took the knee or played their national anthems.  The demonic displays of overt racism is notably responsible for the voicelessness of the Black demographic which has existed for generations.

There is a genuine need for Black representation within the job market in order to create a balance and sustain a progressive job market.  Black teachers are no less passionate about teaching than their white counterparts, and should be entitled to  the same opportunities, remuneration and respect.  Black teachers are also essential in bridging the gap of racial divide; moreover we cannot expect Black students to succeed when the current framework is counterproductive and does little to exemplify them.