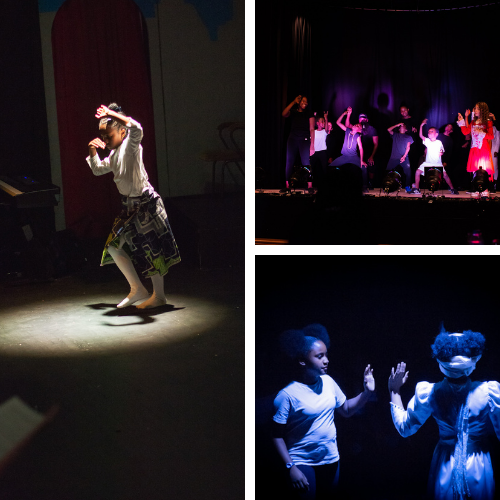 Engaging the Underrepresented in Musical Theatre

2020 saw the start of the deadly Conronavirus pandemic and it has undoubtedly impacted the lives of everyone.  But despite the risks to their lives, we saw people all around the world take to the street and joined forces with the BLM movement, to express their outrage and anger and to say “enough is enough!” against the brutal killing of George Floyd by a police officer.

However, his death has helped to raise awareness to the plight of being Black in today’s society and how easily disposable Black lives can be.  But it has also made organisations take a good look at themselves and how they, or rather don’t, represent Black people.

It was hard to go online and not see statements from organisations proclaiming their commitment to equality and diversity, while proudly displaying the #BlackLivesMatter logo.

One of the most obvious shift in representation, that I noticed, was in TV ads, which featured Black leads or an entire Black cast just being normal consumers.

But what are the Arts saying? I’ve been going to the theatre since my teens and have seen the underrepresentation of black people on stage and as members of the audience.  Even shows that represent black stories, such as Tina, The Motown Story and Thriller still fails to attract a multicultural audience.

So how can we in the Arts engage this group? It would seem that TV is the obvious choice, but if you run a small theatre production company like I do, TV is just not an option. So what am I doing?

I created a musical production designed to engaged Black communities aged 7-18 and over 55s. We deliver assemblies in local schools, youth centre and work closely with the Positive Ageing Council in Lewisham to raise awareness and actively recruit cast and audience members. The productions are content relevant, feature Dido Belle and other black historical characters who have made positive contributions to British history, the music is original, current and upbeat. As a result, our productions reflect a diverse cast and audience with cast member aged 7 to 82 from the Black and Asian community.

Dido Through The Looking Glass is a fictional musical theatre production staged at Goldsmiths Community Centre in Lewisham that features Dido Elizabeth Belle, Britain’s first aristocrat of African heritage who lived in England during the 18th century.

In the play, Dido is transported through her looking glass and engages in fantasy adventures with other famous historical figures that also had a significant impact on black British life. The cast, who are primarily drawn from the BAME community, will comprise young people aged 7-16 year-olds working with narrators aged 60 and over.

The young cast will develop skills in all areas of performing arts and musical theatre.  They will have the opportunity to create the show’s sound track at the Goldsmith Music Studio and perform at the Phoenix Summer Fun Event.

There will be three live performances including the Supporters’ night that will be attended by sponsors, funders, press and supporters. The live performances of the 10 songs written exclusively for the production will be supplemented with animated videos projected onto a screen at the back of the stage behind the performers; and will be streamed and made available for online access so that patrons that are not able to attend in person will also be able to enjoy the production.

If you would like to give your child the opportunity to be part of staged show, develop good communication skills, self-confidence and clear diction, while learning about Black history, visit www.singabook.com (production) and register them.  Then come along with your family and friends to watch how they shine!