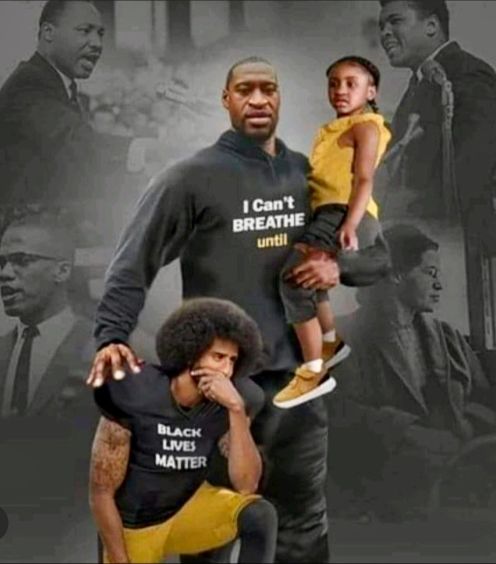 George Floyd: a year on

It’s been one year since fired police officer Derek Chauvin publicly murdered the then forty-six year old George Floyd.  Chauvin was charged and found guilty of second and third-degree murder and manslaughter.   Chauvin is currently in the process of having the verdict overturned via appeal, and has since requested a retrial.  There are some who believe Chauvin followed due process and properly restrained Floyd, owing to the main line of his defense team being Floyd died due to substance abuse of Fentanyl.  Many white and conservative blacks believe Floyd authored his own demise acting non-compliantly whilst resisting arrest, and alluding to his criminal record as if this detail presents enough grounds in certifying his death.  There is something wrong with our society to evoke such a horrific and moral condemnation of human life.  It depicts inhumanity, a lack of empathy, which makes it coercive and contradicting, and it gives rise to leeway for individuals in believing negative stereotypes that black lives are criminal, and deserved of the ultimate sacrifice of death, and for these reasons George Floyd is not the symbol, or the exception to white and black conservative society.

Another example of this is the icon Rosa Parks, the Black Female Rights Activist campaigner who stood up for her rights in refusing to give up her seat for a white person when instructed to.  The unprecedented move was one that would go on to be adorned, respected, and very much accepted from both Black and White Middle-Class communities throughout America, because Rosa Parks background symbolized the narrative for change and social equality.  However, what many within society have chosen to overlook, is the exact stance had taken place just nine months before Rosa Parks was ever glorified for it.  Claudette Clovin was just fifteen, and pregnant at the time, but due to her impoverished background and socially underprivileged circumstances, Claudette was the first to ever challenge the law, and evoke her constitutional rights.  It’s also important to understand there were many others like her who were also taking a stand on the same bus systems.  However, none of those women were ever received the same accolades as Rosa Parks, simply because they do not fit in to the ideals of Middle-Class African-Americans.

So what lessons have been learnt a year on from the public slaying of George Floyd by the police? It’s a shame to say that little has changed for the Black community in that, just a week following the verdict, a similar incident concerning the slaying of Ma’Khia Bryant by Police Officer Nicholas Reardon who used the excuse he discharged his weapon believing that he had deployed his Taser, rather than his firearm, which is being accepted as a plausible defense by some Middle-Class American’s.  Although the officer concerned is an Active National Guard Member whose Father is said to have recently retired after serving thirty-two years’ in the Police Force and is responsible for training up to seven hundred of the departments recruits.   In a more recent incident, and almost a year to the day as we commemorate George Floyd’s passing, Sasha Johnson, a prolific activist of the Black Lives Matter movement, was the victim of an attempted murder, and is currently in hospital on life support suffering from a gunshot injury to the head.  What does this mean for the future of the Black culture? In a society where Black lives can be so easily dismissed, without ever being awarded the correct and proper recompense, or social justice, what is evidently clear is that the need for change is imperative; until we see an end to systemic and institutional racism, inhumane massacres will continue to reign prominence within Black Society.