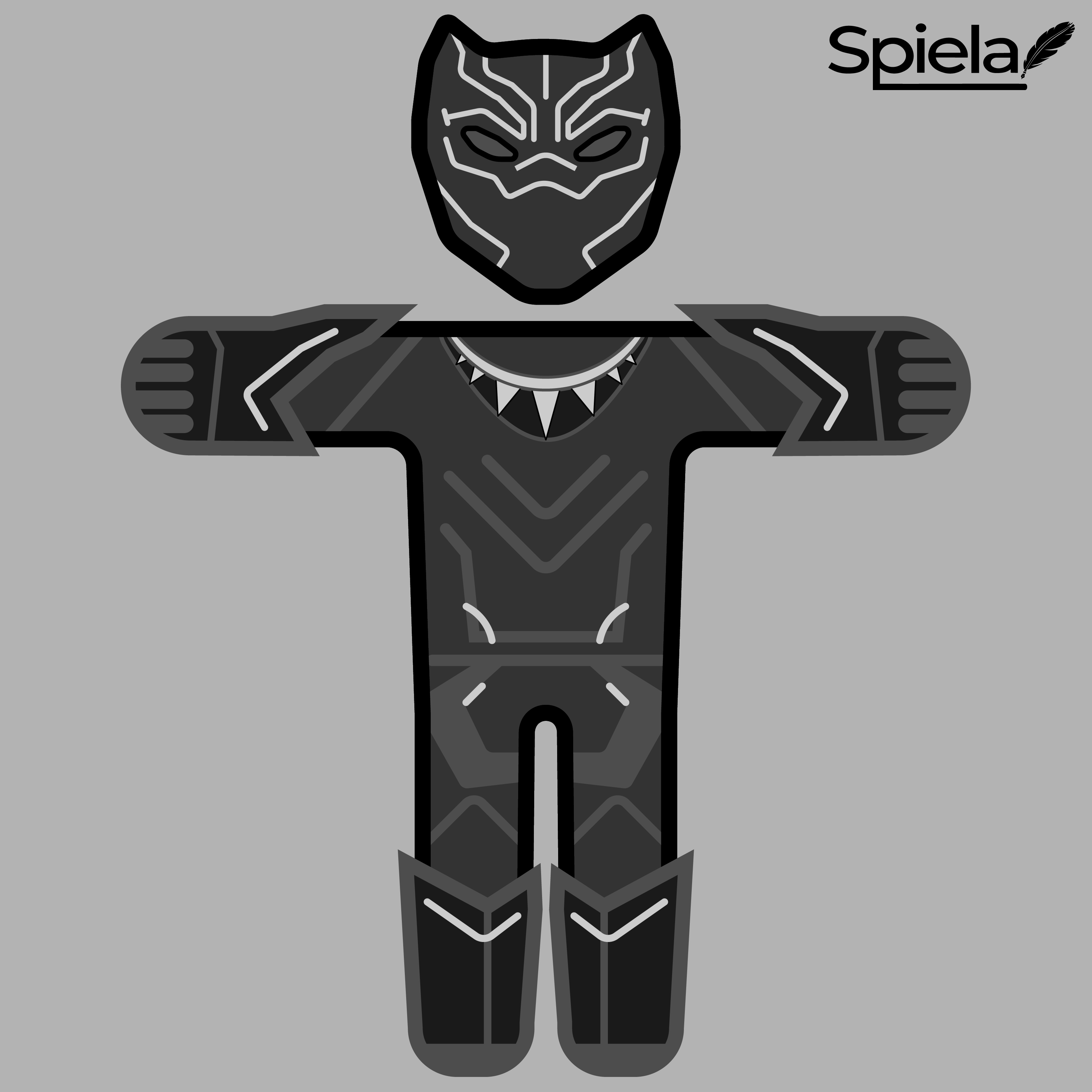 I'm a storyteller more specifically a black storyteller. I write prose, poetry and when I was younger I enjoyed the writing of scripts, more so as a hobby to be honest rather than a serious venture(I have written a short story collection so there's that). I've watched movies spanning different cultures and walks of life(currently most of the entertainment I find myself invested in is not even in English) I usually know when the writer is telling a good story, so let's dial it down and hone in on todays subject, black people and movies. There are plenty of movies written by black and white people alike, that I don't hold in high esteem narratively because the black people are depicted as the same belligerent hood-rats that we are stereotyped as in real life. We are more than that and writers even certain black writers need to start realizing this. This is why certain popular movies even in this country do not tickle my fancy. Like why am I seeing my fellow brother holding a gun?  We can do better than that Storytellers(The whole 'let's tell the story of the hood' trope is getting kinda played out in my opinion).  I get it though, like I personally speak a great deal of slang if not in a professional setting but we are not always screaming 'I'M NOT IN MY BAG IM LOADING,'  sometimes our vocabulary is more refined than that or balanced depending on who we are speaking to. Nothing wrong with that way of speaking but  we can blend in to the corporate spheres as well. We can be the Ceo's, the one's calling the shots we are not always bound to the underdog position or the streets. This is a narrative we know well, but it isn't the only narrative and that shouldn't be all we see in our movies. The industrious, creative side of us is not touched on enough in my opinion. Anyway I digress.(Sort of) Without further ado let me present to you movies which in my opinion present black people in a positive light.Creed:

Yes. I like this movie franchise for a reason, it does many things well(not perfect but well). Alright so let's just give Michael B Jordan his kudos for continually acting in films that tell black stories. I could give you his  cinematography but we ain't got time for that. Let's talk about Creed. Creed tells the sobering tale of a man (Adonis creed) who is seeking legacy and boxing glory apart from the fame of his father, the late Apollo Creed. He does this by soliciting the help of former heavyweight champion and ally of his father  Rocky Balboa, if you've watched the Rocky series from cover to cover like I have the narrative makes more sense much of the narrative references are taken from Rocky iv in which Apollo creed is slaughtered in a boxing match by the infamous Ivan Drago.

What does this movie do right? Rocky and  Adonis's relationship. In-fact from way back Sylvester Stallone created a narrative space in which black people and white people can be friends(At a time of much racial tension). Granted, in three, actually 4 movies a black person may have been the antagonist  but Stallone's handling of this isn't malicious or stereotypical. Apollo creed could've easily been an inarticulate bum but Apollo creed was depicted as successful, eloquent, and more intelligent than Rocky.  The time(1976) Stallone wrote the first Rocky this was counter-cultural. Now Adonis(son of Apollo) is brash at times verbose and stubborn as we black men tend to be. He's also intelligent, hard working and faithful to His wife. Let me capitalize this. FAITHFUL TO HIS WIFE! Creed struck me because I saw a family man who wasn't out on the street selling drugs but a man who was fighting to provide for his wife played by the beautiful Tessa Thompson and his deaf daughter. Creed is also good because of Adonis's motivation. He doesn't say i want to be a boxer and then the next day he's out on the street playing checkers with the mandem(I see this in too many black movies). We see him and Rocky training in absolutely stunning montages that paint a symbolic picture of how grueling and taxing life can be. There's more I can say, but you get yourself an amazon prime account and watch for yourself. Jolene in Queen's Gambit.Now last week one of our writers did a piece on Netflix and some of the mediocrity that can sometimes proceed from there, however there are alot of good things was mentioned in the article, one of the good shows mentioned was the queens gambit. The queens gambit is excellent to me for a variety of reasons but lets speak of the black female character Jolene. Why is she positive? Let's consider the setting of the Queens gambit. Set in the deep south within the mid 60s. Amidst the hottest and most intense time for racist attacks historically. Yet Beth Harmon finds friendship in Jolene who even helps her down the line. Jolene is strong, firm, rational and level headed when Beth is not and she's a firm rock Beth can stand on. Instead of depicting her as subservient and weak as many movies/series based on past time issues tend to do. She is seen as intelligent, Her own woman and a faithful friend. She doesn't get bitter with or jealous of  Beth Harmons success but supports her genuinely. We all need a Jolene in our lives. She is a resounding symbol of positive black womanhood within cinema. Anyway you go give it a watch I purposely left out some details if you want to know more head on over to Netflix and give queen's gambit a watch.LUPINThis one is a little strange because Assane Diop is a thief by profession. How is a thief portrayed positively, ever heard of Robin Hood? You think he's a hero right? That is exactly the concept of Lupin. Let me give you some historical context into where the genius premise of Lupin derives from. Lupin is known as Lupin because the protagonist  Assane Diop is a black offshoot of the popular literary series adventures of Arsene Lupin. Arsene Lupin though a thief stole from the rich and bigoted. He wasn't immoral with his acts (though his methods  were questionable) and Assane Diop is depicted in a similar light. A calculated smooth criminal with a good heart. WHO AGAIN IS A GOOD FATHER!(okay, trying father)

His child doesn't grow up asking, "yo, where's daddy?" Despite Assane's clear flaws he's there for his son, as a result of much systemic inconsistencies he doesn't have that great of a career but he uses his questionable methods to bring redemption to his family name and combat the elitism in the society he lives in. He's happy, intelligent and goal oriented and is usually the smartest man in the room. Despite being a thief Assane Diop shows us that you can use what you have to conquer the system. Again this can be found on Netflix feel free to give it a watch you may learn something new. Last but not least, drum roll pleaseeeeeee.....Black panther:The undisputed kingpin of positive black representation. I watched this whilst in uni and my course was very much heavy in social sciences so when i say Ryan Coogler outdid himself with the writing of black panther i mean it. Various displays of African culture are seen. It would take someone very abreast with African culture to recognize all the regalia and displays of positive blackness in black panther. One, Wakanda(an African nation) is the most powerful nation on the face of the (fictional) earth.Two, the women are not depicted as subservient weak yes women but powerful displays of beauty and intelligence whilst staying true to the cultural confines of the continent.In movies on black political leaders due to them mostly being historical you see toxic leadership traits portrayed, however King T'challa is a leader full of integrity and strength who never freezes in the face of adversity. Pun intended. USA and many of the other fictional versions of nations we know are at the mercy of this superpower of a nation, (Pun intended, again) WAKANDA. LOL, WAKANDA FOREVER! BUT Nah seriously Ryan Coogler's ability to use what may have been a mildly racist story arc from Marvel and turn it into something empowering is why he will be one of my favorite directors and screenplay writers.