School’s Out: How The Pandemic Has Exposed Educational Innequality

As Lockdown persists, and schools remain closed, the chasm of inequality deepens. The nation’s youth teeter on this precipice. A disparity between educational access and quality, which divides poorer children and their wealthier peers, may condemn a generation into poverty.

The pandemic has harmed every schoolchild, but less well-off students will be more affected. Schools are closed, and have been for months, whilst the nation wrestles the virus under control. Because of the closures, the average Year 2 child is currently 2 months behind the 2017 standard, according to an NFER (National Foundation for Educational Research) study. However, this gap widens to 7 months, for children from low-income households. This jeopardises future school places, and subsequently, future opportunities.

But why are poorer pupils more affected by school closures?

The wealthiest 20% of pupils spend an average of 5. 8 hours a day completing educational activities, which is 1.3 more daily hours than the poorest corresponding percentage (according to the same study).

The IFS believe that this disparity derives from a lack of access. Access to computers, access to the internet and access to family tuition and study space, can be limited in lower income families.

My personal experience concurs with the IFS study. Last term I was a TA, in a London Primary school. Several pupils did not have a personal computer or internet access. These same students lagged behind in key subjects, due to last year’s closures. The gap will have only increased, as the current lockdown slips into it’s second month. This is not fair. Economic circumstance should not affect opportunity. But, the pandemic has proven the contrary.

So, what can be done to prevent more damage being done?

The issues uncovered by the IFS report will not slouch away. However, certain policies can mitigate their effect. Free-to-access, super-fast, national broadband would be a start. Furthermore, a further year of free education must be offered to all students currently aged 18 and below. These years can be fulfilled in colleges and Sixth Forms. The suggested measures will make current online lessons accessible to all, and allow struggling students the opportunity to eventually catch-up to their peers.

Children are the unsung heroes of the pandemic. They have sacrificed their freest years, despite not being at great risk to the virus. There will be no better way to express gratitude than to provide them with a fair, and accessible, education. 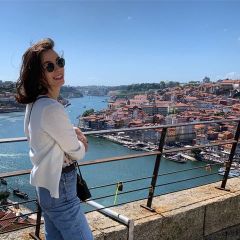 This is very interesting George thank you for sharing!

Eye-opening stuff. This is something we all need to be made aware of. Thanks George.

thanks for this George Arnold i did not know it goes that deep..

Thanks George, really well written and highlighting a serious issue that needs rectifying. 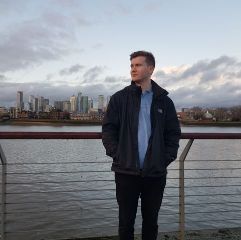