Spiela / Community / A Simple Guide to the GameStop Controversy

A Simple Guide to the GameStop Controversy

The American company GameStop made news this week, when their value on the stock market sky-rocketed. The company is now worth $70billion, and it is thanks to an online community hosted by Reddit.

Everyone knows just how unique this situation is. However, the economy is complex, and there are two confusing questions that people are asking. What exactly happened? And why is this such big news?

Here at Spiela we understand that not everybody is economists. Therefore, we thought we would simplify this weeks events as much as possible.

In answer to the first question, this financial anomaly began when hedge funds attempted to short GameStop. Ok, so there are two things here that we need to explain.

A hedge fund is an organisation in which people invest their money. The fund managers then take this cash and try and make as much money as possible with it, through the stock market.

Shorting is a process in which an investor borrows a stock from a broker, and then sellS it  immediately. Then, if the stock loses value they buy it back for cheap. They then return the stock, but keep the the difference between what the stock was originally worth, and the price at which the bought it back.

For example, if an investor borrowed a stock worth $10 then, he would then sell the stock immediately for the same price. If the stock price then dropped to $6 he would buy it back, and then return it to the broker. Therefore, by the end of the trade, he would earn the $4 between the price he sold the stock for and the price for which he bought it back. Essentially, shorting profits out of a business’s decline. That is not very nice is it?

Right, are you still with me? I hope so!

Hedge fund managers attempted to short GameStop, trying to make an easy buck for their investors. However, the Redditors protected the company by investing heavily in GameStop shares.

When a stock performs well it’s value increases. Therefore the hedge funds could not buy back their stocks for a knock-down price. As a result, some firms went bankrupt because they could not afford to return the stocks. Furthermore, the Redditors became very  rich, because the value of the stocks they had bought sky-rocketed by 139%.

This is what happened, as simply as I could explain it.

The controversy bubbled, due to the response on Wall Street. The big hedge funds and stock brokers have tried to make trades like this illegal (because they are the ones who ultimately lose). Whereas, people believe that this move may just be in their own self-interest, and not for the good of the market.

Have you invested any money in stocks? Or would you like to? Let us know below!

I’m actually a part of this subreddit and the reason why they even started this whole thing is because the hedges manipulated GameStops stocks so it would lose value. Meaning they would get more money buy 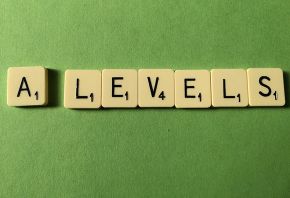 Adults without A levels to be offered free college course