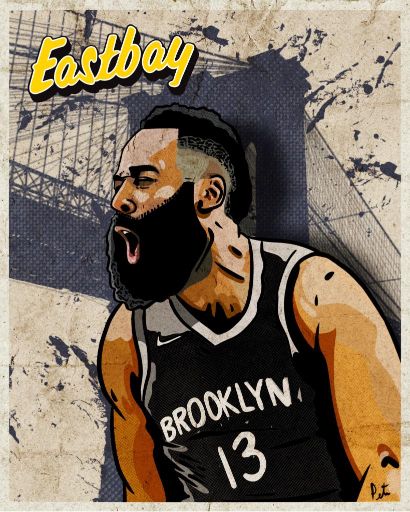 Can Harden's Nets beat LeBron's Lakers to the NBA title?

The Brooklyn Nets have assembled a dream team. We at Spiela think that the Nets now look like The NBA’s answer to The Avengers!

They recently added 2018 MVP James Harden to a roster that already boasted Kyrie Irving and Kevin Durant! However, will they have enough to defeat LeBron’s imperious Lakers team, and gain their first NBA title?

It is very possible. The Brooklyn-based ballers had a mixed start to the season, winning 7 and losing 6 of their first 13 games. But then, Harden debuted. The most famous beard in basketball was on fire. He scored 32 points and secured a Triple Double, as the Nets roared to a 122-115 victory over the Orlando Magic. Last night they edged past Giannis' Milwaukee Bucks 125-123, in an impressive scalp. Harden again instrumental.

Initial signs are promising for The Nets, but is it enough to worry the Lakers? The bookmakers think so. Brooklyn are now second favourites for the title, behind LA. However, they do not seem to be giving LeBron sleepless nights just yet. James claimed, in a post-game interview, that he could not ‘indulge’ himself in the Net’s trades whilst there are other games to be won. This indicates that winning the upcoming fixtures concerns the superstar more than the Nets impending threat.

James does not regard the Nets as real challengers because they are yet to answer some key questions. Firstly, will it be possible for both Harden and Irving to coexist? They are two ball-dominant point guards, who operate with an ego. Solving this conundrum is key to their hopes. Furthermore, despite the trades, the Nets remain inferior defensively to the Lakers. This showed when they slipped to an 114-96 loss to the Atlanta Hawks.

This loss demonstrated that, on the rare days that the Nets’ offence does not click, they do not have the defensive capabilities to grind out a scrappy win. These factors mean that I believe the Nets will not trouble the Lakers this season.

However, we love a sports debate at Spiela, and I would love to know what you think. Will the Nets find a way to accommodate all their star players? And if they do, Will this be enough to stop the Lakers? Let us know in the comment section below!

dope article! for me i think the nets going to be the team to beat once they get out of the east!

I think Nets chemistry would crash due to Kyrie behavior

I agree, think its only the Lakers that can stop them if the Nets make it out. I think they would beat the Clippers!

I agree, think its only the Lakers that can stop them if the Nets make it out. I think they would beat the Clippers!

still got faith my lakers!!

Lebron and Ad all the way as well.