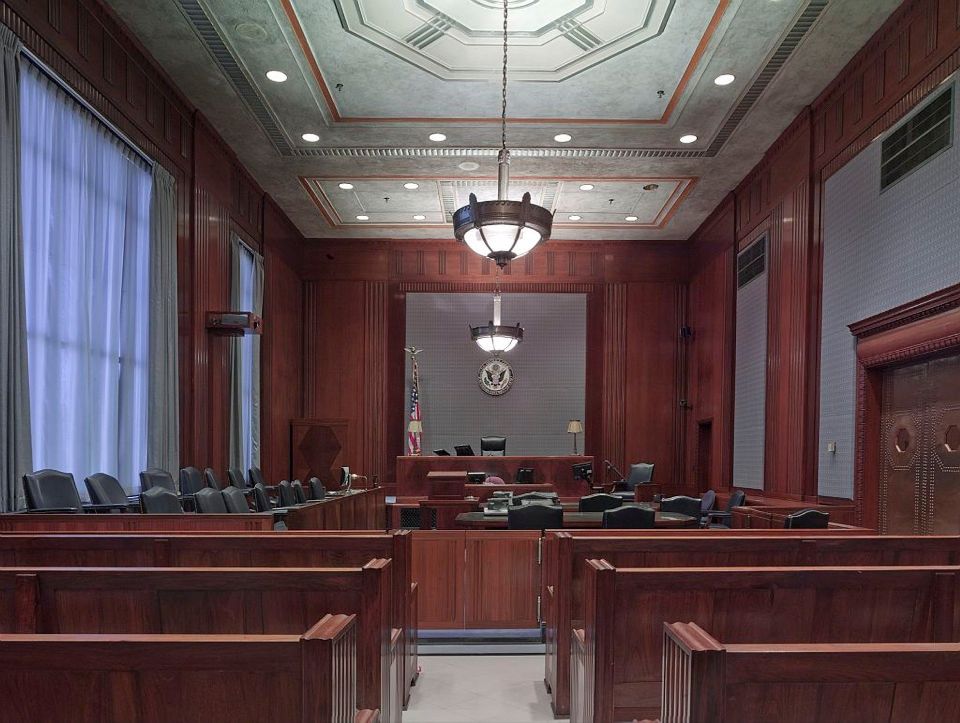 Review: “The Trial of the Chicago 7” on Netflix

There are few pieces of entertainment that are guaranteed to be good.  However, “The Trial of the Chicago 7”, now available on Netflix certainly provided grounds for confidence.  Its cast is all-star: it features Eddie Redmayne, Sacha Baron Cohen, Frank Langella, and Michael Keaton.  It also was written by Aaron Sorkin, the creator of “The West Wing”.

From the get-go we are brought into the febrile year of 1968.  There are a number of factions opposed to the war: first, there’s the Students for a Democratic Society (SDS), as represented by Tom Hayden (Redmayne) and his best friend Rennie Davis (played by Alex Sharp).  Then there are the “Yippies”, as represented by Jerry Rubin (Jeremy Strong) and Abbie Hoffmann (Cohen).  There is also the committed pacifist David Dellinger, played by John Carroll Lynch.  They are all coming to Chicago to protest at the Democratic National Convention to make clear their opposition to the War in Vietnam.  They are going to the same place, but they represent wildly differing strands of thought.  The SDS are clean cut, nearly respectable.  Baron Cohen is an ideal Abbie Hoffmann with his combination of humour, thumbing his nose at convention, and deep intelligence. John Caroll Lynch represents an old-time pacifism, which stretches deep into America’s past.

What followed was a bloodbath.  The police assaulted the protestors.  There were many injuries.  According to estimates, over 500 protestors and 152 policemen were injured.

Richard Nixon won the Presidential election in 1968; his new Attorney General, John Mitchell, demanded that the ringleaders of the protest be prosecuted, keeping with Nixon’s promise of law and order.  The leaders of the aforementioned factions were tried, as were Lee Weiner and John Froines.

The chairman of the Black Panther Party, Bobby Seale (Yahya Abdul-Mateen II) who merely went to Chicago to give a speech was roped in as well, thus initially making it the Chicago 8.

The film makes it clear that the trial was a politically motivated sham.  The judge, Julius Hoffmann, as played by Frank Langella, was incredibly biased towards the government’s point of view.  He ignored Seale’s protestations, and would not even let him wait for legal representation, thus suggesting that the lawyer for the other seven, William Kunstler (brilliantly played by Mark Rylance), take up his case.  Seale continued to try to make himself heard: in one of the most challenging, moving, yet stark moments in the film, Judge Hoffmann had Seale bound and gagged.  This actually happened.  The government’s attorneys, instantly realising their case was in jeopardy, then forced the judge to declare a mistrial for Seale.

The others were not so lucky.  Froines and Weiner were merely there to give the jury someone to acquit.  However, the others were convicted and sentenced.  From start to finish, it is clear that what the law says and what the truth is, are completely separate from what the government wants, and it is the latter which carries the day.   Even the intervention of Ramsey Clark (played by Michael Keaton), who held the post of Attorney General in 1968 under the previous administration, does not move the judge.

There has been a great deal of concern as of late regarding the strength of American institutions and the rule of law.  It is in some ways disheartening and yet reassuring to know that they have been pushed and strained at previously: the convictions were overturned on appeal, Judge Hoffmann, Richard Nixon, and John Mitchell are now infamous.  Bad things happen in America that shouldn’t happen: the good news, perhaps, is that they can be righted.  For this message, as well as the fine acting and the drama, the Trial of the Chicago 7 is worth a watch.