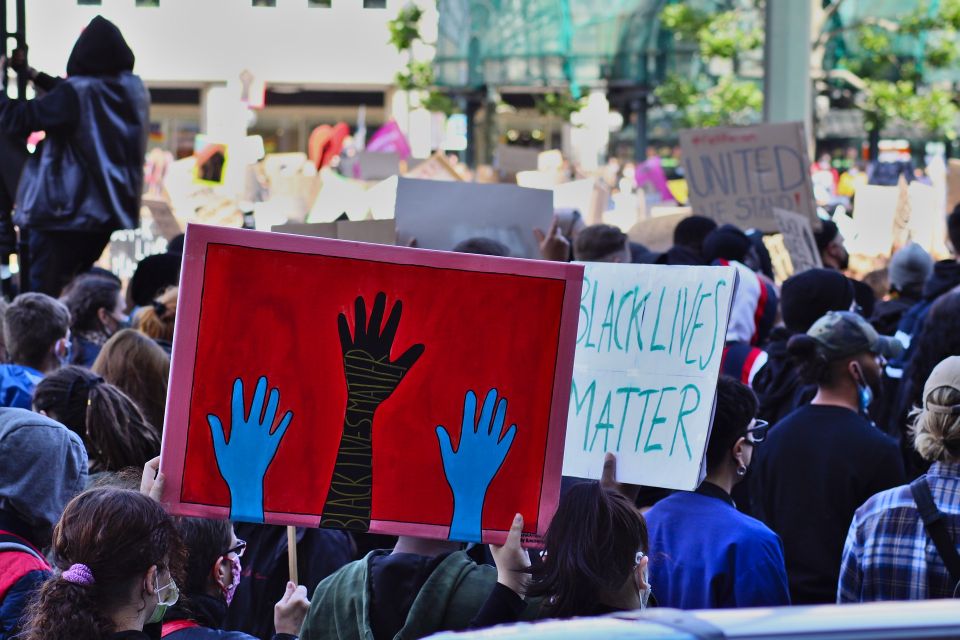 The Racism of Indifference

The American media is up in arms about the revelations arising from Bob Woodward’s interview of President Trump.  It’s clear that Trump thought that he could build up confidence by downplaying the danger of the coronavirus; this was negligent at best.  It Is highly likely that the death toll in the United States from the coronavirus will pass the 200,000 mark this week; for the purposes of comparison, this is nearly 4 times the number of American military casualties in the Vietnam War.

There was a revelation that was just as explosive from another interview in this series: Woodward asked the President if he felt any sympathy for the plight of African Americans.  The answer he got was a blunt no.  Furthermore, Trump suggested that Woodward had “drunk the Kool Aid”.  The most that the President was willing to say was that employment prospects for African Americans had improved during his time in office.

This indifference is nothing new.  Statistics regarding school funding in the United States, life expectancy and incarceration have also told similar tales.  More recently, it  was been revealed in the New York Times that children of colour were 5 to 8 times more likely to be admitted to hospital due the coronavirus.  They are also more likely to die.  This follows a pattern across many Western democracies: if you are the wrong skin colour, you are more likely to suffer and die from the coronavirus.

This highlights a tragic point. Racism does not need to be overt: it is not always present in the form of active violence or purposefully malignant policies.  Rather, racism can take the form of indifference: causing a continual, quiet bleeding rather than a single explosion.

Indifference is not always a product of a mindset: Trump’s indifference is likely due to his general empathy for anyone besides himself.  However, sometimes a lack of caring is engineered: we can see this in the aftermath of the death of George Floyd, and the shooting of Jacob Blake and so on.  After the initial outrage and upset, and lawmakers wringing hands, some in the media kick into gear and looks into the victim’s past: any blot on their record is then exposed.  This blemish is magnified.  Those who wish to remain indifferent and for nothing to change, seize upon it as an excuse.  “Ah ha,” they say, “if this person had not been there, done that, or worn this, then they would still be alive today.”  This pattern, repeated over time, has a pernicious effect on the gullible: they think that the victims have somehow “had it coming”, and believe their scepticism born of gullibility is wisdom.  They sit back in their comfortable assumptions, believing the police are beyond question, and listening to the drone of authoritarian leaders who tell them that their indifference is justified, correct and moral.

Fortunately, not all democracies are so debased and awash in nonsense; the recent results from local elections in Germany indicated a strong shift towards the Green Party, not the far right.  It had been predicted that Germany’s generosity towards Syrian refugees would make such a result impossible.  The pundits appear to have been wrong; not everyone is indifferent, nor can they be cultivated into indifference, nor can they be made blind to the racism that indifference can breed, and its horrific consequences.  Given this, perhaps we ought to ask why we aren’t living up to a better standard.

Bob Woodward revelations come as no surprise to me. Trumps indifference was apparent long before he

Bob Woodward revelations come as no surprise to me. Trumps indifference towards anyone different to him was apparent long before he begrudgingly moved into the White House. Of course, he knew how deadly the Covid19 virus was early doors, but he didn

No course they would not Shirene Jarvis Shireen Torrance but then power is power. they can wield it and what can we do. Unfortunately change starts with them. it sucks