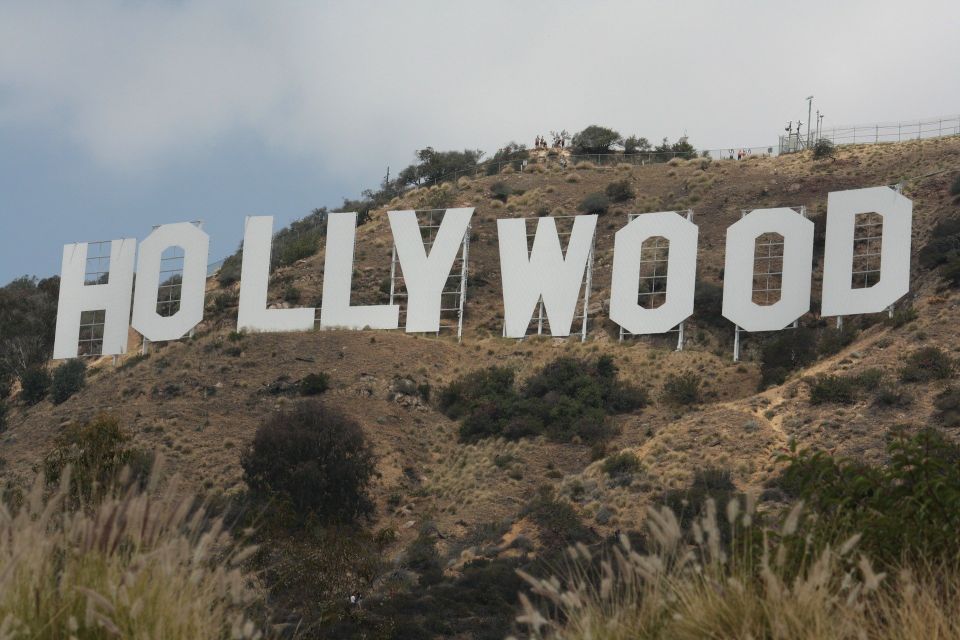 Something for the Weekend…Not: “Hollywood” on Netflix

The main rationale for this column is to recommend programmes that will provide a welcome distraction.  Actors, writers, and producers are all no doubt working very hard to produce shows that are supposed to entertain us; it’s easy to criticise, harder to praise, and the focus of this series is to do the latter.  However, Netflix’s “Hollywood” is an exception to the rule.

The premise of the “Hollywood” miniseries is reassuringly old-fashioned: a number of young people come to post-war Hollywood to pursue their dreams.  The setting couldn’t be better: the cars, the clothes, the glint of California sunshine on chrome.  We are instantly transported to the clean, starched, post-war world.

Initial indications from the characters are also promising; there is a touching mix of naivete and optimism.  The scene in which potential film extras stand at the gate hoping to be picked for an appearance rings true.

It’s when the programme adds real historical figures that it starts to unwind.  I did a bit of research and found that George Cukor was indeed gay: I do wonder how his family feel about him being portrayed this way.

Other “real” characters arrive.  Jim Parsons does a diabolical turn as Henry Wilson, an actors’ agent.  The authentic Henry Wilson did apparently insist on “casting couch” encounters with the male actors he represented.  I am not so sure however that he had such a good relationship with the local Mafia to ensure that a journalist got severely beaten.  Again: I wonder how Wilson’s family must feel about this portrayal.

Another astonishing development is when a relatively minor character, one of the patrons of the petrol station, named Roy Fitzgerald, is renamed by Henry Wilson as “Rock Hudson”.  I looked it up, Rock Hudson’s real name was Roy Scherer.

It’s at this point that I realised that this wasn’t going to be anything like a realistic portrayal of the struggle to make it in Hollywood: rather, it’s an extended piece of fan fiction.  It’s wish fulfilment on part of the writers, to make Hollywood a glossier, more progressive, more fun place to be than it probably was in 1948.

One of “Hollywood”’s subplots features the struggle to get a film named “Peg” made.  The screenplay is written by Rock Hudson’s boyfriend, Archie, who also works at the petrol station.  Peg’s plot concerns a failed actress who decided to climb to the top of the famous “Hollywood” sign and jump off to her death.  Through the magic of this piece of fan fiction, “Peg” turns into “Meg” and is played by an African American actress, the character Camille Washington, played by Laura Harrier.  During the film, Camille shares an interracial kiss with a white actor.  I recall that when William Shatner kissed Nichelle Nichols on an episode of Star Trek in the 1960’s. There was a fear there would be a huge uproar.  In his memoirs, Shatner recalled being warned about the backlash; his response was, “You’re actually paying me to kiss Nichelle?”

Again, this is supposed to be 1948.  The only nod to the date is a few burning crosses, some angry crowds, and one brick through a window.  This does not stop the film being released and becoming a massive commercial success.  Indeed, “Meg” is nominated for a series of Academy Awards.

Perhaps the writers realised at this point they needed to inject a bit more reality.  There is a touching scene in which Camille meets Hattie McDaniel, the first African American to win an Oscar (for Best Supporting Actress in “Gone with the Wind”).  Hattie is played by Queen Latifah, who perhaps gives the best performance in the entire series; the story she relays about segregation making it not possible for her to sit with the white actors during the award ceremony is absolutely true.

After this, however, the series goes completely off the rails.  Camille wins the Oscar for Best Actress: this is an unbelievable bit of rewritten history.  In reality, the first African American actress to win Best Actress (not Best Supporting Actress) was Halle Berry in 2001.  Hattie is on hand to congratulate Camille on her triumph: the real-life Hattie never met Halle, she died in 1952.

Archie and Rock Hudson show up at the Academy Awards holding hands.  Would it have been better for Rock Hudson if he could have been who he was back in 1948?  Probably.  But that’s not how things actually were: homosexuality was criminalised in most states.  Never mind: Archie wins his Academy Award and pays tribute to Rock as the love of his life.  Only a few minor heckles result.

All in all, it felt like the writers of this programme were trying to make Hollywood seem simultaneously more sordid yet better than it was.  No doubt there were many gay people in Hollywood and still are: but were they as liberated in 1948 as they are now?  There have been many, many talented African American actors: but to forget that it took until 2001 for an African American woman to win Best Actress feels like an outlandish distortion of history and cheapens the struggle that African Americans have had to go through to get recognised.

There have been rumours that Netflix might green light a second series of this programme.  I don’t believe it deserves it: first, the story has nowhere to go.  It suggests at the end that a film called “Dreamland” is going to be made featuring a love story between two men…in 1948.  The self-indulgence of this fan fiction goes too far and obscures the deep-rooted priggishness, hypocrisy and outright bigotry underlying Hollywood’s supposedly Golden Age.  It has been lingering in the backwaters of Netflix; it should remain there.