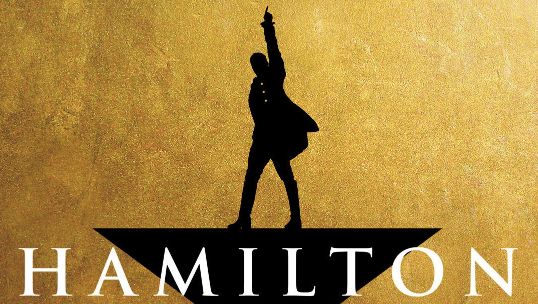 Something for the Weekend: “Hamilton: An American Musical” on Disney+

When a figure as fusty and antediluvian as John Bolton quotes your work, it’s clear you’ve penetrated deep into popular consciousness.  When Bolton’s autobiography, “The Room Where It Happened” was published, it was clear that “Hamilton: An American Musical” was more than just another Broadway production.  Rather, it had become part of America’s language and consciousness.  Not only are phrases like “the room where it happened” now common parlance, there’s also “immigrants get things done”, “everything’s legal in New Jersey” among others.

Hamilton is the manifestation of a very interesting idea: it has been described as “modern America talking about early America”.  It features Lin-Manuel Miranda as Alexander Hamilton; he is of Puerto Rican heritage.  Indeed, almost the entire cast comes from the BAME community.  Thomas Jefferson, by all accounts, a softly spoken individual of radical views, becomes a charismatic, flamboyant man in a purple jacket.  James Madison, a diminutive Founding Father, becomes a strong, broadly built man who suffers from a head cold.  The Schuyler sisters, who were of Dutch origin, become women of African American and mixed-race heritage.  Cabinet meetings, hosted by George Washington, become rap battles.

It works.  We are immediately sucked into this universe, one in which Alexander Hamilton, an orphan from the British Caribbean colony of Nevis makes his way to New York to find his fortune.  Like many immigrants since, he has the ambitions, dreams and work ethic (a repeated line is that he writes like he is running out of time) to become a success.  He is an aide to George Washington.  He writes over 50 essays as part of the Federalist Papers to defend the new American Constitution. He becomes Treasury Secretary and makes a deal with Jefferson and Madison in “The Room Where It Happened” to get his financial plan through.

He is, however, a flawed individual.  He flirts with his wife’s sister via their correspondence.  He falls for the charms of a woman named Maria Reynolds and is subsequently blackmailed by her husband.  He is clearly vain; he is also honest, writing a pamphlet detailing every aspect of the affair, which damages his marriage and ensures he will never become President.

Nevertheless, I couldn’t help but think the real Hamilton would like this musical.  There is a notable change in register after Hamilton is disgraced. What occurred is a matter of history: his bright young son Philip was killed in a duel. Perhaps the most touching moment of the musical is when Lin Manuel Miranda is nearly in tears singing that it is “quiet uptown”, on his walks trying to soothe his pain.  His wife Eliza, played by Philippa Soo, silently takes his hand in a moment of forgiveness.  My eyes filled with hot tears.

I have a few historical quibbles with the musical.  First is its portrayal of Hamilton’s relationship with Aaron Burr: they had not gotten along for years.  Yes, Hamilton endorsed Thomas Jefferson instead of Burr for President.  Burr was known for flexible principles; the historical record suggests he was clearly a disreputable character.  He arrested on charges of treason in 1807, a huge fall for someone who was once Vice President of the United States.  Hamilton despised Burr for a while: I have my doubts that their relationship was ever as close as the musical suggests.  I also believe Hamilton’s importance to George Washington may have been exaggerated.  Furthermore, there wasn’t much mention of slavery, though it’s pointed out Hamilton was against it.

Whatever these historical irritations, they are nothing compared to the service it performs in highlighting Hamilton’s wife, Eliza.  Lin-Manuel Miranda sings at one point that she is “the best of women”.  She was a great person who deserves more recognition: she outlived her husband by fifty years, dying in 1854.  During that time, as the last musical number (“Who Lives, Who Dies, Who Tells Your Story”) shows, she helped created an orphanage.  She protected and promoted her husband’s legacy.  She helped raise money for the Washington Monument (alongside Dolley Madison and Louisa Adams).  She led an extraordinary life; it would be fitting if as many words were expended solely on her as on her husband.  Ms. Soo’s emotional, clearly sung song at the end of the musical which described what Eliza did with her fifty years left me a sad, crying mess.  It was the truth of it, just as much as the beauty of the music, that hit home.

Perhaps this is why Hamilton resonates and rebounds: it’s not just the artistry, nor it is the history, nor the music, it is the truth of it all.  No, Cabinet Meetings were not rap battles like in “Hamilton”, but principles were espoused, and a course of action decided upon.  Truth does not always have to be literal.  Truth does not always have to be dry and unemotional.  “Hamilton” spells out the truth and it strikes a chord deep in the heart.

I've now watched Hamilton on Disney+ enough times to really appreciate the well-deserved hype. As a huge lover of musicals, Hamilton is up there and now one of my top 10 for the quality of the songs and music. Have you watched it yet?